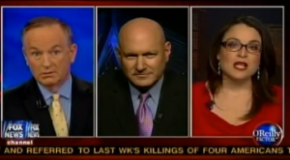 The O’Reilly Factor’s Charlie Sheen debate between Dr. Ablow and Dr. Ruskin took place on March 1st 2011. This story has brought an influx of fan emails to your very own Dr. Ruskin. There are so many people that identified with the points that I made this evening, and I want to take the time to thank everyone for all of your personalized email responses.

I am honored to have provided my contribution on Bill’s show this evening. I do believe that the media is taking advantage of this situation. It is apparent that Charlie Sheen is not feeling well emotionally. As a psychotherapist, relationship expert, fan of his acting talent, and as a human, it pains me to watch him in his relationship with himself and interaction with others. The greatest gift he and his loved ones can be given is time to confront himself rather than being displayed like a monkey in a zoo. If as a society we are empathetic to another’s emotional decline and recognize it as such rather than waiting until formally declared incompetent, as Dr. Ablow clearly stated he would prefer, we would be a healthier society of people as a whole.

We as a public are observing Charlie Sheen’s spiral, do we do nothing and just watch his decline? Is that what we have become as humans; stare, drive by, and keep on driving? What is considered moral these days?

Thank you to Bill O’Reilly and The O’Reilly Factor for opening the door to such an important conversation/debate both about mental health and about the role that we as a society play in one another’s life.

Read a brief write-up and see video of the debate.

Below are just but a few of the unsolicited emails sent directly to me in reaction to this segment.

“I just wanted to tell you I saw you on the O’Reilly show last night. I love your response to the media and Charlie Sheen.  I absolutely agree with you that this poor guy is being made a spectacle when he clearly is suffering from a substance abuse and mental health problem”.  A.M. San Antonio

“I caught O’Reilly the other night, I am also a therapist, and you made me proud to be associated with our field. You were poised, professional, and so on point.  Ablow’s suggestion that it is somehow the media’s responsibility to keep shedding light on this very ill man is absurd. Ablow, Dr. Phil, and the latest exploiter of suffering addicts, Drew Pinski are all products of the same self-serving culture of mediacs that are embarrassing to our field . . . You inform and convey just how untreated mental health is in our society . . . Keep your voice loud and out there. You give us a good name!” P.M.

“I just watched you on O’Reilly. It was great! But the best part for me was your response to the cheap shot Ablow took at you. Total class on your part. And, Ablow should have given you the professional courtesy of saying something like “I understand what Dr. Ruskin is saying, , but I don’t think it’s realistic to expect the media to act that responsibly.” Also, I think O’Reilly was fair in giving each of you room to put forth your ideas. So, once again, nice job. But that “in the moment” response was special”. G.N.

“I watched you on O’Reilly today and I believe you are correct. The political bloodsports gets old and a celebrity melt down is just what the doctor ordered. At this rate they will soon be filming and marketing actual car crashes. You were very good today. Congratulations”. D.W. California

“I had to write to you and tell you that I think you were completely correct about what you said about Mr. Charlie Sheen on the Factor show. Dr. Ablow was wrong.   Also, the word exploit is not only a negative meaning. And that is where Dr Ablow was especially mistaken.   The fact that it is a topic that is being discussed is doing precisely that exploiting that subject. I don’t write to people who I see on TV but I had to because I so agree with you”. J.F. Rochester

“Thank you for your description of the Media’s treatment of Mr. Sheen. They should be ashamed. I also appreciated that you came across, not just as a psychologist, but as a human human being. That MD was scary he was so cold. Mr. Sheen seems to my lay eyes in a manic world of magical creation. He can’t be still and talks so fast you can hardly understand him. His gestures remind me of Parkinsons. His reference to gods and myths, as if he were in a life and death battle with the gods and he is Siegfried. All painful too watch him. So exploitative! You are kind and strong  for saying what is morally and clinically true when no one else will. If I had a problem, I would sure seek your help instead of that icy MD”.
R.C. Tennessee