Sell By Date – The Power Of The Mind and Gender Differences

Does the “sell by date” on food effect your decision to eat the item or not to eat it? Are you someone who obeys the “sell by date” and thus you toss food in the trash per the date on the item? Or, do you smell the food to make your determination whether to eat it or not? Or, do you eat it regardless of the date and do you not smell your food at all?  How risky are you when it comes to your food? Do you think there are gender differences when it comes to obeying the “sell by date” vs sniffing your food to decide whether to eat it or throw it away? Is the mind influenced by the written word? Are you a person who allows the date to override other measures of judging food (e.g., smell and sight) as to whether it is safe to eat or not? Or are you a person whom the date compels you to throw out the food? What’s the potential theory and psychology behind why we do what we do when it comes to obeying or not obeying the “sell by date”? 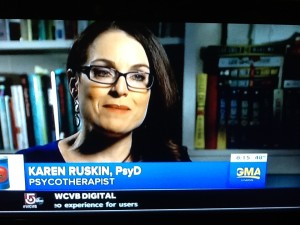 After an interesting article came out in this week’s Wall Street Journal that addressed the topic of: “sell by date”, ABC’s Good Morning America offered viewers a segment on the topic addressing the discrepancy between women more commonly obeying the “sell by date” versus men more commonly using the sniff test. During my interview on ABC’s GMA, I was asked about the discrepancy between men and women in their “sniff test” vs obeying the “sell by date” behavior. My blog article today provides for further talking points to explore, analyze and theorize about the human mind in terms of one’s response to food based on the “sell by date”.

I do not believe that all men are one way versus all women are another way. Therefore, certainly all men do not sniff their food to determine whether to eat it or not and pay no attention to the “sell by date”. I do not believe that all women use the “sell by date” as their means to determine whether a food should be thrown in the garbage, versus eaten. In addition, for my own fun I asked a few friends both males and females and discovered that some use the “sell by date”, others use a combination of the “sell by date” and the sniff test, and others it depended on what the food item was. Certainly my asking a few friends does not make for a valid research study, albeit fun. With that said, the WSJ interviewed several couples, which displayed this inference of the male vs female approach to the “sell by date”. As a Psychotherapist, to analyze why the potential difference in gender is certainly a fun exercise in hypothesis, since the display in the article and the study addressed on air showed that women were more likely to use the “sell by date” and more men were likely to use the sniff test. Therefore, here are my three potential theories:

Women are managers of the home

In a family, it is not uncommon for women to be the mangers of the home. As such, it is common for women to feel responsible for the final say on what is going to be eaten versus not. With that said, at times women are more likely than men to follow the “rules” of the “sell by date” so as to not risk the possibility of illness.

Women are gatherers men are hunters

Women who are reading this, perhaps consider it like this: as the gatherer, women gather “intel”, (being the fabulous operative that you are), to make an informed decision for the mission that you are on. The mission of taking care of yourself and your family. Men who are reading this, perhaps consider that as the hunter you are open to all potential sources of food items and you will offer it all as an option. What do you think? A stretch? Potentially something to consider?

Anxiety in women vs men

Research has shown that women are twice as more likely to have an anxiety diagnosis then men. If we understand this statistic to be true, one may theorize and consider that if women are more likely to have anxiety then men, and differences in brain chemistry may account for part of this difference, then one may wonder how this may play a role in women more likely to obey the “sell by date” then men. Well, anxiety is often managed by utilizing the tools of structure and organization and rule following to create a sense of calm, thereby decreasing anxiety symptoms. Therefore, in the context of “sell by dates” to decrease the anxiety one may have that if they or a family member may get sick if eating a food item that has a “sell by date” of yesterday, the person will decide to ease one’s anxiety by taking control of the situation and following the rule of the “sell by date”.

In addition to hypothesizing about potential theories of gender differences, if indeed there even “really are”, there are other theories I find myself considering as I analyze why there are differences among people, male or female, not considering one’s gender. Simply rather considering differences in people in their response to the “sell by date”, which is as follows below.

Fight or flight – The lizard brain

The lizard brain refers to the oldest part of the brain. This is the brain stem responsible for one’s primitive survival instincts in modern day. Fight or flight. Some people react in a fight response when confronted with potential danger and others react with a flight response. Let’s think about this concept in terms of food labels. Do you fight the label that is telling you this food is potentially dangerous by confronting it with smell and/or taste? Or, do you implement a flight response? A flight response would mean that you get away from that food thereby throwing it away and not risking the possibility of harm, thus staying out of danger.

The power of the mind

The mind is quite powerful and what one thinks effects what one believes and therefore further thinks, and thus the action one takes. Therefore, if you are someone to be swayed by what someone else says or does, or if you are someone to be influenced by the written word, then the “sell by date”, although the food may smell fresh, you may possibly think it does not smell fresh because of the date. In essence, your mind has chosen to be influenced by the date, your thoughts and therefore what you believe you are smelling is influenced by the power of the mind. Your thoughts are influenced, and thus your smell, judgement and ultimately the decisions that you make, based upon the power of the mind, which was influenced by an outside influence.

I hope you found today’s blog article fun and interesting. Simply an article for fun analysis and as such food for thought…